These images of the photographer represent war directly, with no filters. We see a difficult land where the conditions and extreme risks require a professionalism at the highest level.

The battle for Mosul is approaching an endgame. Over nearly half a year of fighting, an Iraqi-led, American-backed military offensive has driven Isis out of more than half the city and surrounded the militants in an enclave on the western bank of the Tigris. As a result, the Islamic State is on the brink of losing the largest and most important city it once claimed as a part of its realm in Iraq and Syria.

Since 16 October 2016, when Iraqi Prime Minister Haider al-Abadi declared the beginning of the operation to recapture the city of Mosul seized by Isis in June 2014, thousands of civilians were forced to flee their homes and found shelter in the refugee camps. Many others remained trapped in the city where Isis fighters indiscriminately attacked civilian areas with mortar rounds and explosives, and deliberately shot at fleeing residents.

The fighting is taking an increasing toll on civilians, residents recounted terrifying scenes: Isis militants taking human shields and imprisoning people in their homes, airstrikes by the U.S.-led coalition that leveled entire houses. 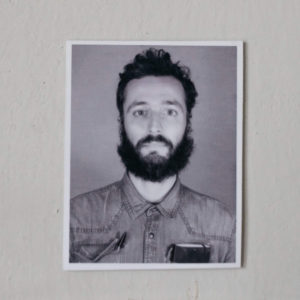 After attending the School of Journalism in Turin Emanuele Satolli specialized in photojournalism and started working for TIME Magazine on a drug addiction story in Russia.

The project, “Krokodil Tears” was selected by TIME among the best publications of the year.

Emanuele lives in Istanbul and from October 2016 has been traveling in north Iraq documenting the operation to liberate Mosul from Isis. The work received a POYi award in the “Impact 2016 – Islamic State Conflict” category.