Master Award 2017 - Daniel Berehulak - They Are Slaughtering Us Like Animals

Serious and complex, this is an in-depth piece of journalism masterfully carried out. The images narrate the tragedy of a nation and its political class as it unfolds.

You hear a murder scene before you see it: the desperate cries of a new widow, the piercing sirens of police cars, the thud, thud, thud of the rain drumming on the pavement of a Manila alleyway and on the back of Romeo Torres Fontanilla.

Tigas, as Mr. Fontanilla was known, was lying facedown in the street when I pulled up after 1 a.m. He was 37. Gunned down, witnesses said, by two unknown men on a motorbike. The downpour had washed his blood into the gutter.

The rain-soaked alley in the Pasay district of Manila was my seventeenth crime scene on my eleventh day in the capital of the Philippines. I had come to document the bloody and chaotic campaign against drugs that President Rodrigo Duterte began after taking office on June 30, 2016. Since then, over 3,000 people have been slain at the hands of the police alone.

Over my 35 days in the country, I photographed 57 murder victims at 41 sites. I witnessed bloody scenes almost everywhere: on the sidewalk, on train tracks, outside a girls’ school, 7-Eleven stores and McDonald’s, on mattresses in bedrooms and sofas in living-rooms.

One day I found a man, dead in front of a “sari sari” kiosk, shot down by two men on a motorcycle, a common tactic known as “riding in tandem.” In another neighborhood, a bloodied Barbie doll lay next to the body of a 17-year-old girl who had been killed alongside her 21-year-old boyfriend. “They are slaughtering us like animals”, said a bystander, too scared to give his name.

I also photographed wakes and funerals, a growing part of daily life under Mr. Duterte. Relatives and priests rarely mention the brutal causes of death. Bodies are stored in funeral parlors while relatives struggle to raise the money needed. In the morgue, the dead are stacked like firewood, with nothing between the corpses. Funeral directors bargain over some, and others end up in a mass grave with other victims of the president’s drug war.

I have worked in sixty countries, covered wars in Iraq and Afghanistan, and I spent much of 2014 living inside West Africa’s Ebola zone in the grips of fear and death, but what I experienced in the Philippines was a new level of ruthlessness: police officers summarily shooting anyone suspected of drug dealing or use, vigilantes responding to President Duterte’s call to “slaughter them all.” 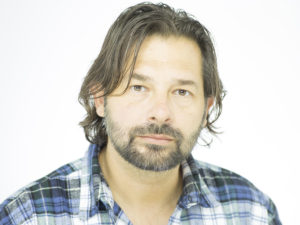 Daniel Berehulak is an award-winning independent photojournalist based in Mexico City, Mexico.

A native of Sydney, Australia, Daniel has visited over 60 countries covering history-shaping events including the Iraq war, the trial of Saddam Hussein, child labour in India, Afghanistan elections and the return of Benazir Bhutto to Pakistan, and documented people coping with the aftermath of the Japan Tsunami and the Chernobyl disaster.

He was the recipient of two Pulitzer prizes: one in “Feature Photography” received in 2015 for his coverage of the Ebola outbreak in West Africa and another in 2017 in “Breaking News Photography” for a month-long investigation into the brutal anti-drug campaign by President Duerte in the Philippines. He has also been awarded six World Press Photo awards, two Photographer Of The Year awards from Pictures of the Year International and the prestigious John Faber award from the Overseas Press Club amongst others.

Born to immigrant parents, Daniel grew up on a farm outside of Sydney, Australia. Their Ukrainian practicality did not consider photography to be a viable trade to pursue so at an early age Daniel worked on the farm and at his father’s refrigeration company. After graduating from university his career as a photographer started humbly: shooting sports matches for a guy who ran his business from his garage. In 2002 he started freelancing with Getty Images in Sydney shooting mainly sport.

As of July 2013, Daniel embarked upon a freelance career to focus on a combination of long-term personal projects, breaking news and client assignments.

He is a regular contributor to The New York Times.