More than 20,000 homicides in 2015. Close to 4,500 inmates killed in prisons in the last decade. Increasing paramilitary activities and 75 people lynched this year. More than 130 persons killed in recent protests. More than 90% of criminals given impunity. People in line for 4 hours to buy 2 kilos of flour. A 70% shortage of basic products and medicines while oil and food are smuggled into Colombia and Brazil. Running water for only 6 hours a day. Blackouts for more than 10 hours. International flights intercepted with tons of cocaine. Imports worth $25 billion vanished and high-level representatives accused of narcotics trafficking. Illegal firearms numbering 6 million in the hands of civilians, 250 tons of gold illegally extracted and sold every year, and black market dollars at 900 times the official price. The cheapest gasoline and highest inflation in the world. It seems that this is not the prosperous country we dreamt about.

Venezuela is living today in one of its worst periods in recent history. A situation that, for a country with so many resources, seems extreme and even surreal. Years of inadequate public policies and systematic corruption have brought the country to the edge of ruin. The crash was inevitable and it seems like the population hasn’t done anything to avoid it.

Hugo Chavez’s project awakened the conscience of a country plunged in inertia; it gave hope to the excluded populations and built strong grassroots movements. However, over time, without open education, the idea of change mutated into indoctrination and the popular support became a blind fanaticism. Mr. Chavez’s sudden death left the project headless and a society fractured and deeply polarized.

The inability of Nicolas Maduro to readdress critical issues, such as arbitrary designation of high ranking military officers in all strategic sectors, lack of independent public powers, and oversight, made it easier for criminal networks to infiltrate the state structures and operate with total impunity. But it would be irresponsible to put the total burden on the shoulders of the government. Extreme wings of the opposition have also contributed to the current disaster with sabotage and conspiracy by allying with and financing fringe groups as well as promoting a vision of society that most often does not recognize the needs of the lower classes and increases the social gap.

For years I’ve been working on a long-term independent project about the causes and consequences of violence in Venezuela and developed a wide vision of the country by following its main events and by gaining intimate access to very closed situations.

I have the duty as documentary photographer to follow this subject. But I have an even more important duty, contributing to the improvement of the relationships and understanding between my people. I know how they feel; I’ve felt that same distress firsthand.

This is why I don’t want these stories to fall through the cracks but to be remembered through images that speak to foreign public opinion as well as to the local population and leaders to keep powers and followers accountable for their actions and help us (including me) to understand the importance of taking immediate action and responsibility for the reconstruction of our country. 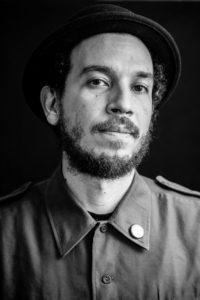 Oscar Castillo was born in Caracas, Venezuela, in 1981. After studying psychology at Venezuelan Central University, his thirst for adventure put him on the road early on, meandering through streets all over Europe for years until photography took him back to formal education in Barcelona, Spain.

His professional work as a photographer has been geared towards social subjects that debate and promote ideas of solidarity, tolerance and respect.  Parallel to his photographic work he has developed a passion for teaching, being photography an important tool for education, inclusion and social improvement. He has organized photographic workshops with kids from excluded communities in Mexico, youngsters in IDPs camps in post-earthquake Haiti or inmates inside Venezuelan prisons. He has also taught in formal educational programs in Colombia, Argentina, Venezuela amongst others.

His reportages have been published in TIME Magazine, New York Times, International NYT, Neue Zürcher Zeitung, Slate Magazine, Foreign Policy, L.A. Times, Der Spiegel, Internazionale, LFI Leica Magazine, La Vie Magazine, Days Japan and other different major international publications. He is a 2014 and 2016 Magnum Foundation Grantee for his work about Venezuela and to research on the situation of Islam in France, respectively.