Water grabbing, also called “water hoarding” refers to situations in which powerful players are able to take control or take advantage of precious water resources, stealing from local communities or entire nations. The livelihood of these communities is based on those same resources and same ecosystems that are becoming depleted.

The effects of this hoarding are devastating. Families are driven out from their villages to create space for huge dams. There is privatization of water resources, pollution of water for industrial purposes that can only benefit a few and damage ecosystems, and control of water resources by military groups to limit development.

In 2010 the General Assembly of the United Nations approved a resolution that granted access to potable water and sanitation services as a fundamental human right. The historic resolution, on a motion presented by Evo Morales Ayma, President of Bolivia and by about thirty other countries, established that “potable water and water and sanitation services are a fundamental human right, essential for fully enjoying the right to life and to all other human rights”. Nevertheless, this right is not actively protected by member states.

A similar lack of compliance has occurred with the the United Nations treaty on cross-border waters which seeks to mitigate the risks of conflict linked to water, signed by only 39 states thus far. The U.S.A. and China remain indifferent to the appeals of the civil society to support the legal document.

In the so-called south of the world, but also in some industrialized countries, water is transformed from a freely accessible good to a private and controlled resource by those who have power.

This special project Watergrabbing, a Story of Water, tells you about the phenomenon of water hoarding. Each story covers a specific issue (cross-border waters, dams, hoarding of water for political and economical purposes) and shows the players involved, country by country. Pictures, text and geographical maps will accompany you in this journey. Take your time to read and find out about this issue of water grabbing so that water can finally become a right for all.

The project is sponsored by WWF Italia

COSPE was created in 1983 and is a private, secular non-profit association. It works in 30 countries around the world with about 150 projects supporting thousands of women and men in change that assures fair and sustainable development, respect of human rights, and peace and justice among populations.

It works to defend the right to water and food, committing in a coherent way to support mobilization campaigns of citizens against privatization of common goods, among them water. It combats the phenomenon of land and water grabbing and is bringing back the production of food to local communities in both Italy and the world, sustaining them with agricultural initiatives, farming, and sustainable fishing to improve the results of their work and ensure self-sustainability and a sufficient income.

Emanuele Bompan – curator of the project 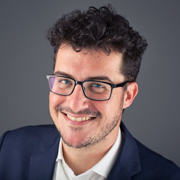 Bompan is an environmental journalist and geographer. He deals with circular economy, climate change, the environment, green-economy and American politics. He collaborates with La Stampa, BioEcoGeo, Materia Rinnovabile, Equilibri, and Al Jazeera. He has a doctoral degree in geography and territorial processes and he collaborates with ministries, foundations, and think tanks. He has carried out reportages in 70 countries as a journalist and analyst.

Marirosa Iannelli –  curator of the project

Specialized in international cooperation and water management, she’s currently working on a doctoral degree at Genoa University with a focus on climate change and land and water grabbing. She has been collaborating as an advocacy officer for land and water for three years with the NGO COSPE. She also works with other organisations as an environmental designer. She is the curator of research for the project Water Grabbing, a Story of Water. 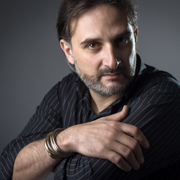 Podavini was born in Rome and currently lives and works in his hometown. He has collaborated with many NGOs for his reportages in Italy, Peru, Kenya and Ethiopia. In 2009, he began collaborating with Collettivo Fotografico WSP and joined it permanently in 2010. He works there not only as a photographer but also as an instructor of reportage photography. Other than his various reportages in Africa, South America and India, he has also carried out important works on Italy, such as a reportage on sports for people with disabilities, a story in a juvenile jail and finally a reportage on Alzheimer’s for which he was awarded first prize in the Daily Photo section of World Press Photo in 2013. 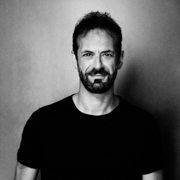 Cecere was born in Naples in 1968. After graduating in Economics and then taking a few years to understand he did not have a tough enough skin for selling derivatives and Eurobonds, he began working professionally in documentary photography on social, political and economical issues.

In 2009, he joined the German agency laif Agentur für Photos & Reportagen, producing reportages in the Balkans, the Middle East, Africa, and Asia. He is writer and photographer of “The Empty House”, a project on organ trafficking during the Kosovo war for which he was a finalist in the Documentary category at the 2010 Visa Pour L’Image in Perpignan. He also did “MultiKulti Factory”, a web documentary on multiculturalism and Islamophobia. In 2015, he participated in the project Food4, which was awarded the European Journalism Grant. 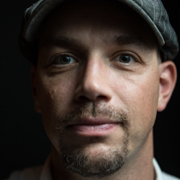 Cristofoletti has been working in Southeast Asia since 2012. He’s based in Phnom Penh, Cambodia. He’s the co-founder of RUOM, a collective of journalists specialized in reportages on social issues in Asia. Particularly interested in themes related to climate change, Thomas has concentrated his personal work in the past few years on the effects of development on the southern Mekong region and on the study of “non-conventional” religious practices. His photographs have been published in media such as The New York Times, Al Jazeera, The Guardian, Le Monde, Vice, The Financial Times, and Forbes. He collaborates with international NGOs like USAID, WWF, UNDP, CARE and UNICEF. 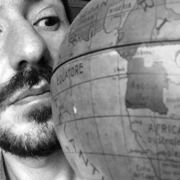 Geographer, cartographer and reporter, Pravettoni has been dealing with environmental and geopolitical issues for more than ten years. He has published his works in many European media, such as The Guardian, Le Monde Diplomatique, Nouvel Obs, Il Post, El Pais, Repubblica, Internazionale, and Politico. He has taught in the universities of Bologna, Oslo and Tromso. He works for the Norwegian Center of Geopolitical analysis through which he collaborates with various agencies of the United Nations (UNEP, UNDP, UNESCO, UNSC) and international organisations. He manages a blog about cartography on Il Post. 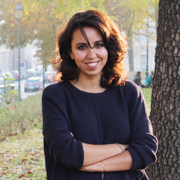 Federica Fragapane is an freelance information designer. She studied at the Polytechnic University of Milan where she earned a specialization in the field of data visualization at the Density Design Lab. Her projects have been published in Corriere della Sera, La Stampa, Wired Italia, Wired Uk, and GQ, and she’s co-author of the book “Our World, Drawn with Infographics”, by National Geographic Kids and White Star. She received the following acknowledgments: honorable mention at the Kantar Information Is Beautiful Award in 2014; the publication of her thesis in the DI Design Index in 2015; the Silver medal at the European Design Awards in 2017; and a prize at Core77 Design Awards in 2017.